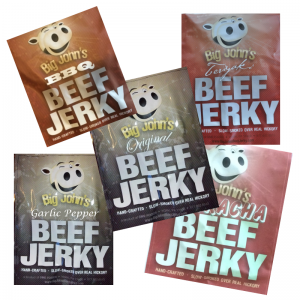 Beef jerky is the most trusted food to several people across the world due to its lightweight feature. Originated in America and Australia, beef jerky has become popular in South America, Belgium and the Netherlands within a short period. The earlier meat was used to be dried up to keep for long trips where one can’t get any refrigerator. It was known as Charqui and was particularly helpful if people set out for a voyage to unknown places. They used to intake this food regularly to keep a balance of proteins in the body and to remain energetic after so much of efforts.

Beef jerky is of low calorie due to which it is popular among Europeans too. As beef jerky is full of proteins, it is very popular among astronauts and bodybuilders who need those most. It is indeed a tasty snack item due to the preparation process. It is lightweight too for your stomach. Beef Jerky is basically a snack item that can be eaten at any point in time. A section of people used to eat this after a heavy workout at the gym only to compensate for the loss of energy while having the physical exercise. and this helps in a great deal.